I’m Matt Brocchini, one of the original board members of the Institute for Applied Tinkering, the organization that operates Brightworks and Tinkering School. My son was at the first Tinkering School camp in 2005 and I’ve been involved ever since.

I’ve seen the impact that Tinkering has had on my kids and thousands of others over the years. Many children today lead lives that are dominated by rule-following and digitally-intermediated reality. There’s no question that it is important to learn to follow instructions and that Minecraft and Facebook are fun and even educational, but it is also true that we live in a world where the questions are complicated and there is more than one right answer. Tinkering gives kids experience working in this zone: open-ended projects, goal-directed but unscripted, that require active hands and active minds.
So about two years ago I started brainstorming with Gever Tulley about ways to bring Tinkering to all the kids that can’t attend his camps. After many explorations, we’ve created a kit that can go into any home or classroom and deliver a meaningful open-ended tinkering experience. We call it a Catalyst and we hope it will be a spark that lights up kids’ minds.
Our goal is to create a whole series of Catalysts, but we’ve started with one (Electric Motors) that we’ve tested with kids at the Exploratorium, Boys & Girls Club, scout troops, in homes, and in schools. We launched with a campaign on Indiegogo in April 2015, and we were blown away by the response — 1,156 Catalysts were pre-ordered by people in 31 countries. We’re now putting the finishing touches on the Electric Motors Catalyst and Booster Pack, ramping up production so we can get all those kits out to our supporters, and continuing work on our new Catalysts.
Catalysts are now available to order from this site.  If you or a friend would like to pre-order a Catalyst, Booster Pack, Class Pack or 10-Pack, check them out on our home page.

And please stay in touch with us! Email us at tinkering@tinkeringlabs.com with any ideas, questions, or tales of Tinkering. And make sure to follow us on Facebook and Twitter. 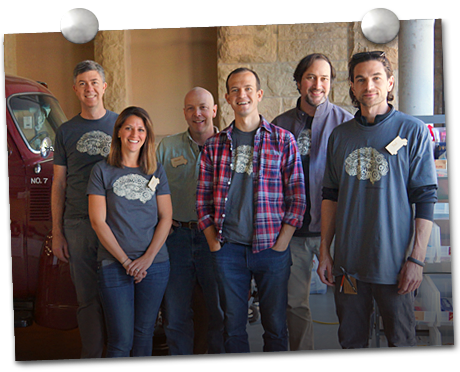 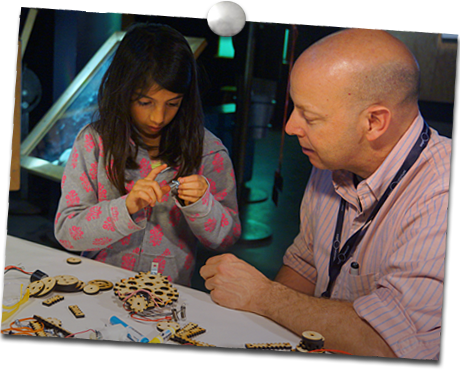 “As founder of Tinkering School, The Institute for Applied Tinkering, Brightworks School, and now Tinkering Labs, 10 years of Tinkering experience has shown me that kids can build anything, and through building, learn anything.”

More about Gever Tulley and the modern Tinkering movement.

Through TED Talks (4 million+ views), books, appearances and media coverage, Gever has changed the global conversation about how self-directed, playful Tinkering experiences make kids happier in the short term and more successful in the long term.

GEVER IN THE NEWS: