By MattAugust 6, 2021Tinkering News
No Comments 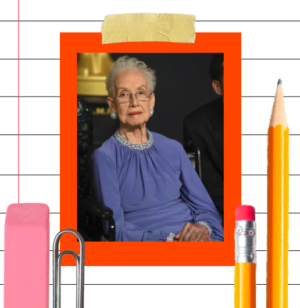 Our Tinkerer from History this week is Creola Katherine Johnson! Read more about the “human computer” under the cut!

Katherine Johnson used her incredible skills in math to plan several NASA launches, including the first trip to the moon! Because she worked in an era before computers, she had to make all these complex calculations by hand. Can you believe that all the calculations she made are done by computers today? She demonstrated adaptability, a key tinkering trait, as she worked to do something humanity had never done before – land a man on the moon.

Fun Fact: Johnson worked with Mary Jackson and Dorothy Vaughn, who were also black female NASA engineers. Their story is chronicled in “Hidden Figures”, which was also made into a movie!